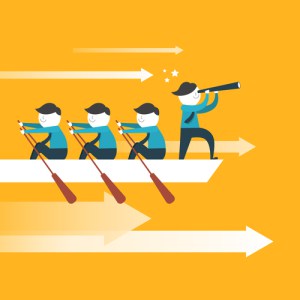 Last week I published a podcast episode titled, Success in 2016 with Just ONE Goal, where I shared my thoughts on goal setting. For years I have set numerous goals, in every part of my life, with all good intention and desire to achieve each goal by the deadline set.

Does that sound familiar?

I suspect that my success with goal setting is similar to yours. I would come out of the gate in early January, excited and enthusiastic, focused on making progress on each of my targets. Each week I would see improvements in my life and I would be proud of my dedication to the plan.

Then some time around early March, with warm weather approaching, the firm would pick up pace. The business would begin to grow and require more of my attention. Unexpected, unplanned events in my life would occur, demanding more of my limited time.

Slowly, the road to goal achievement would get bumpy. Life would get in the way and other priorities would take precedent. The path would begin to break apart and soon I would lose sight of many of my goals altogether.

Occasionally, as per my plan, I would revisit my list of goals and refocus. Back on track, more progress would be made.

By the end of the year, now here in December, many of my goals for 2015 have been accomplished, while others have long been lost in the dust.

It’s Been A Good Year

I have certainly accomplished much this year, both professionally and personally. Some accomplishments are due to setting SMART (Specific, Measurable, Attainable, Realistic and Time-based) goals. Other accomplishments were the results of seeing opportunities and taking a much different path than was first expected. Either way, 2015 will certainly be a year to remember.

If you listened to the podcast episode, you already know that I am taking a different approach for 2016. I still see goal setting as an important process in order to be successful in my life and businesses. Growth requires us to be intentional, create a plan and take action, or when the end of the year rolls around, our surroundings will not look much different than they do today. So, goal setting for the coming year is still a top priority here at the end of 2015.

For 2016 though, I am experimenting with my goal setting process.

Rather than setting the prescribed 7 to 10 goals for the many different roles in my life, this year I will be doing something different. I am taking a different approach on setting goals for the coming year.

Throughout the book, The ONE Thing: The Surprisingly Simple Truth Behind Extraordinary Results

, written by Jay Papasan and Gary Keller, the authors repeat the question, “What is the ONE thing you can do such that by doing it, everything else will be easier or unnecessary?”. Inspired by that singular question, I have decided to reduce my many goals, to just one; my ONE Goal for 2016.

I asked myself, “What is the ONE Goal for 2016 such that by accomplishing it, everything else will be easier or unnecessary?”

Mastering the Art of Delegation

I created my list of 7 to 10 goals, much as I have for the many years in the past. I reviewed them and asked myself, “If I focused on one major goal, what could I do to help accomplish the many other things I want to accomplish this coming year?”

For years, one of my goals has been “to delegate.” Each year, I focus, plan and act toward accomplishing that goal.

In years past, when Fivecat Studio was a 6 person firm, delegation came easier. Today, with my “virtual studio” business model for Fivecat and with my primary focus on growing EntreArchitect into an influential force in the profession and a thriving business of its own, delegation has become much more complicated. There is fear involved in giving some of the control that has made me successful to others. I know though, from experience, that success is the result of building great teams. So, delegate, I must.

Achieving My ONE Goal

To succeed at achieving any goal, whether ONE or “7 to 10”, we must break down the process into Projects and Tasks. Setting a goal and just “working to accomplish my goal every day”, is not a realistic approach for success.

How am I going to accomplish my ONE Goal for 2016?

As my plan is more fully developed, I will identify more Projects and more Tasks. I will assign specific dates for progress and establish deadlines for each Project and each Task. These dates will be scheduled on my daily calendar, which will allow me to coordinate them with the many other tasks required by the progress of my life and businesses.

I am excited about this experiment. With only ONE Goal on which to focus, I will have fewer excuses and fewer distractions from which to become diverted. The road to success is clear. Everything else in my life, all my other potential goals will become easier or unnecessary.

I will keep you posted on my progress and I invite you to join me with your own ONE Goal.