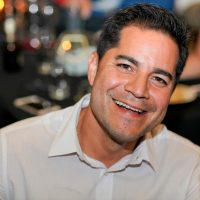 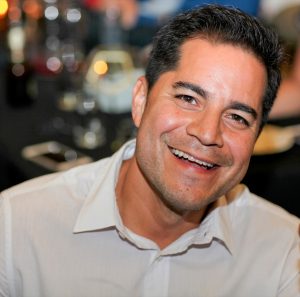 A Step-by-Step Guide to Becoming an Architect Developer

If you’re interested in becoming an architect developer, this is the episode for you!

This week at EntreArchitect Podcast, A Step-by-Step Guide to Becoming an Architect Developer with Danny Cerezo of cs design.

Danny Cerezo is originally from New York City, but moved to LA long ago. He has a bachelors in Architecture from USC and a masters from Woodberry San Diego where he studied under famed architect developers Jonathan Segal and Ted Smith. He’s a liscensed general contractor who has recently started a contracting firm with a development partner where he’s now designing and building a development project as an architect.

cs design is a small husband and wife firm in LA. In 2008, Danny decided he wanted to pursue the architect as developer route, and today the firm is split between traditional projects and partnering with developers to do their own projects.

In LA, there is so much development that isn’t necessarily attractive, and it made Danny wonder why people weren’t developing things that were more architecturally significant. Through talking with others, he found a whole world of people who were architects and developers and took a leap.

If someone wants to be an architect developer, what should they do?

For Danny, he knew that he wanted to do it but didn’t have any money. The natural action for him was to find someone to partner with. The developer he went to work for was willing to do some smaller projects with their funds and equity.

How do you show someone that you have the skills needed to take their money and turn it around for a profit?

You have to learn how to walk the walk and talk the talk. What are the fundamentals of real estate development? Do you know how to do a pro forma? Can you talk about risks and potential pit falls of a project? Are you familiar with comps? Build up a base of tools and knowledge. Figure out how to convey your goals to those who you’re hoping will fund your development.

Danny has written the whole process out on Medium.

It’s typically a spreadsheet that shows what it would cost to do Project X, where that money comes from, what the return will be, and what everyone gets from the project. How much are you putting in and how much are you getting out?

What is the process as an architect developer?

Danny suggests staying local. Jonathan Segal says, “If you can’t get to it in 15 minutes, it’s too far”. You’re familiar with what’s closest to you. Once you find the land, figure out how you’re going to borrow the money for the lot. Get as creative as you want with how you acquire the land.

Once you pull the money together, give a verbal offer or letter of intent.

If you borrowed a dollar, you have a dollar to spend. As an architect developer, you only have the money that you have to spend, because you have to pay out what the pro forma says to each party at the end.

After we’re done and we get our certificates of occupancy, we hope to sell them for the prices we had in the pro forma. Then, we pay back the bank for the construction loan and those who gave us the money for the  soft costs. Whatever’s left goes to the developer, the fee and interest negotiated over time.

During construction, is the process different doing it as a developer?

The only difference is that you’re way more involved. On a typical project you may be doing some construction administration and some site meetings. For architect developers, you’ll go to the job sites every week and sometimes more.

You’re way more invested in it than a typical agreement, and that’s a selling point when you’re looking for a partner. You care about the project more than the next firm because you want it to succeed.

You also know the pro forma and what the parameters are around what can make this project fail or succeed. Having been there from the beginning, you know what the project hinges on and you have to be involved to makes sure it stays on track.

What do you do for marketing?

Throughout the project, stay on social media and share what you’re doing. Pick a good real estate agent who can get the word out and create interest.

Where are you now and what are your next steps?

Danny’s first project started in 2015, and now they’re framing the second project and have another one they’re about to submit for permits. They have a general contractor company and are starting to look at larger projects.

Are you rolling your profits into the next project?

Once this project sells, part of the money will go to savings and the other part will allow him to contribute more to the pro forma and become a bigger stakeholder in deals moving forward. Eventually, the goal is to have enough paydays to be ready if a great opportunity comes along.

“Play a simple ‘what if’ game. What if _____. Think of something beyond your comfort zone. What if you did that? What’s the worst that could happen if you did?”  – Danny Cerezo

Download the Profit For Small Firm Architects course for FREE.

Leave a Rating and Review at iTunes 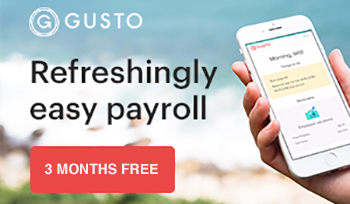