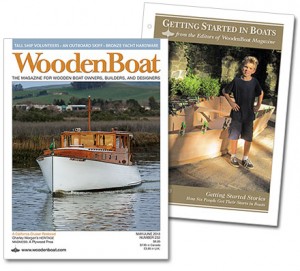 What’s holding you back from the success of your dreams?

Last summer my son Henry built a rowboat; an eleven foot poorboy skiff built from mahogany lumber and plywood. I shared Henry’s story here on the blog and sent a copy to the local newspaper in Alexandria Bay, New York near where Henry’s boat was christened and launched.

Henry was so excited when he saw his name and photograph in print. His dream had come true. He finally had his own boat and it was documented for all to see in the newspaper.

A few months later, for Henry’s 8th birthday, his older brother James surprised him by submitting his story to WoodenBoat magazine. They published Henry’s story and a photo of his boat in their Launchings section, which features reader’s own hand built crafts. Henry’s passion and enthusiasm for boat building was ignited all over again when James presented him with the issue and showed him the photo in his favorite magazine.

Soon after the Launchings piece was published I received an email from Robin, an editor from WoodenBoat magazine. She asked if Henry would be interested in being the subject of a feature article in an upcoming issue. We spoke and scheduled a Skype video call with Maria, a writer for the magazine. Maria interviewed Henry and discussed his passion for tools, boat building and his dream of one day joining the U.S. Coast Guard. It was a very exciting day for Henry… and for his proud Dad.

The article is featured as a supplement insert called Getting Started in Boats and is included with the current issue of WoodenBoat magazine. A photo of Henry and his boat, taken in our driveway during construction, is featured on the cover of the insert publication. How cool is that?

But wait… it gets even better.

A few weeks ago I received another email from Robin of WoodenBoat. She explained that a reader living in Colorado contacted her. The reader was so inspired by Henry’s story that he felt compelled to reach out to the editor and requested our contact information. I granted permission and soon received an email from Jeff.

Jeff wrote that he too loved wooden boats as a child and, like Henry, built a boat with his dad at the age of 8 years old. Today he is a Coast Guard Auxiliarist, a Coast Guard Academy Admissions Partner and a proud father of a Coast Guard Officer; his daughter. Reading about Henry’s dream of becoming a member of the U.S. Coast Guard inspired him to offer his assistance in coordinating a visit to our local Coast Guard Station. With a few emails among us and the Executive Petty Officer at the Kings Point Coast Guard Station here in New York, we are scheduled to visit the station later this week for a tour.

Henry dreamed of rowing his own boat.

He worked hard to make his dream real, created a piece of “remarkable” art and now has an inspiring story to tell for the rest of his life.

With help from his big brother, they pushed his art out to the world… and Henry was noticed by people who helped him to the next destination of his journey.

Where will Henry’s visit to the Coast Guard Station lead? What will he experience? Who are the people he will next meet? I am certain that this is not the end of Henry’s story.

The lessons that Henry is learning about hard work, commitment, collaboration and sharing his art with the world are invaluable. The connections he has made, from the first newspaper editor to the Coast Guard Executive Petty Officer, have lead him on a journey filled with amazing opportunities.

We all have dreams. Which dream do you keep pushing away? What is holding you back from creating your art? What is stopping you from sharing your art with the world?

The only thing holding you back is you.

Work hard. Have faith. Live with certainty. Fear nothing.

Last year, I shared a commitment that I made to my 12/12/12 Project, both on the blog and in my introduction episode to the podcast. This is how I finally got started (after almost 6 years of dreaming about it) and relaunched Entrepreneur Architect as a resource to inspire architects to build better lives by teaching them to be better business people.

I promise you that the hardest part will simply be to start. The second step will build upon the first and momentum will move you toward success. The compound effect of small actions building upon one another results in massive progress. Each step will take you closer to your dream and may take you to places about which you have never even dared to dream.

There are amazing opportunities waiting for you. Just start.

Need help getting started? Maybe you’re looking for some motivation or need advice on how to get your business started or back on track? I am available for coaching sessions via Skype or telephone. If you are interested, click here for more details. 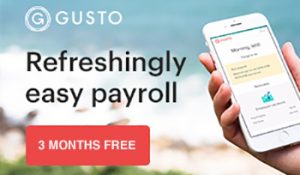